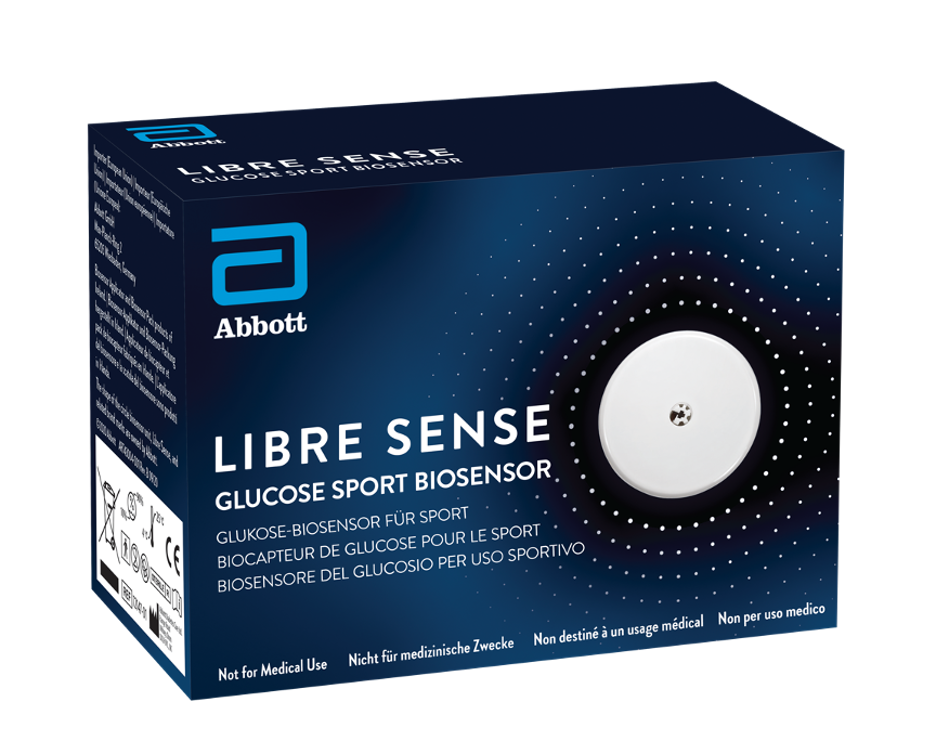 The Libre Sense CGM is similar to the Freestyle Libre 2, but it’s made for athletes and not for people with diabetes

The Libre Sense device looks almost identical to the FreeStyle Libre 2 and is designed to be worn on the back of the arm for up to 14 days. Unlike FreeStyle Libre 2, however, the Libre Sense will stream data continuously to a smartphone app or wrist-worn reader; in other words, Libre Sense users won’t “scan” the sensor with their phone or reader to get their glucose values and trends.

Libre Sense is cleared in Europe for people 16 years and older, and Abbott has stated that the device is not intended for people with diabetes – they should use FreeStyle Libre 2. Instead, Libre Sense is designed to help athletes understand the effects of nutrition and glucose on their athletic performance. Toward that end, Abbott is working with Supersapiens, a new start-up sports technology company founded by former professional athlete and well-known diabetes luminary Phil Southerland. Southerland told us that as he started showing the data from his CGM to “more and more athletes without diabetes, every endurance athlete – even those without diabetes – said they wanted access to this same type of insight about their body. It allowed them to improve their fueling, which would help with overall performance.” Southerland is continuing in his role as CEO of Team Novo Nordisk. Watch this video to learn more about Supersapiens.

For now, Libre Sense will be available for purchase for about $160/month, and only by mail order on the Supersapiens website. The sensor has no alarms and it measures glucose values between 55 to 200 mg/dL. The CGM data will be available on a Supersapiens app to help athletes make sense of their glucose values and trends. Libre Sense will first become available in Austria, France, Germany, Ireland, Italy, Luxembourg, Switzerland, and the UK, with shipments beginning in early December.

Southerland said, “If we can have the best athletes in the world wearing these biosensors – even if they don’t have diabetes – I think it's going to empower a whole generation of kids and people with diabetes to really embrace the technology, which will help them improve their diabetes management. There are plenty of kids with diabetes who still don't wear a sensor because they don't want to be different; if they see their sports heroes wearing a biosensor, it’ll help them embrace the technology.”

Our hope is that the expanded access to CGM and the success of Libre Sense in athletes will help get CGM to additional populations that can benefit from this critical health data. Southerland’s goal is to “get the world using a biosensor [to] keep us all healthy and help us make smart decisions.” He also hopes this new technology will “help inform and motivate people around exercise – many people are motivated to improve their health, but don’t always have the knowledge or tools.” While Libre Sense is not meant for people with diabetes, we are glad that this technology is becoming more common – we hope that one day all people with diabetes will be able to access CGM.